You are here:
Our Founders 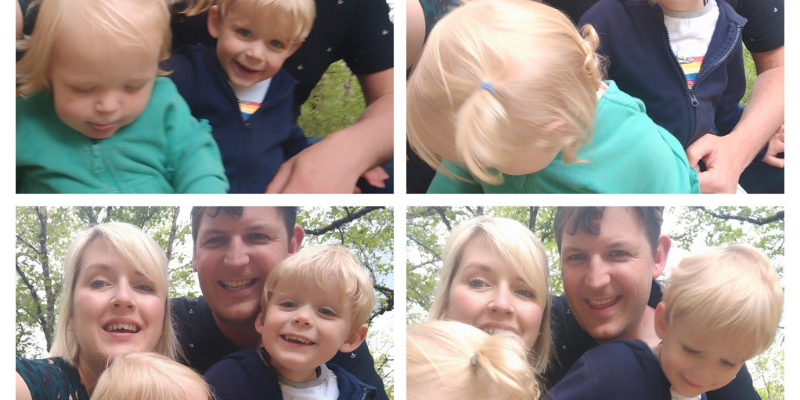 Charlotte Shutt, is many things to many people.  Owner of Brand Remarkable (using social events, design and media for good), daughter, sister, wife to Mark, mother to Robin and Rosa, founder of social enterprise Nurture Network, student of the School for Social Entrepreneurs (SSE) and friend to many.  With such a packed life it is amazing that she has time for anything else, but Charlotte thrives on a challenge and is working on growing Nurture into an organisation that benefits the whole community.

Working alongside Ben Birchall of Little Green Frog and Clara Wilcox of The Balance Collective Nurture is set to grow from a networking opportunity for parents in business to something that the whole family can get engaged with.

Charlotte’s parents separated when she was 2 years old. She grew up with both parents in her life, but lived with her mother Amanda and sister Louise, both of which she describes as her inspiration for a lot of what she does, she says: “My mum is an inspiration as she was a single parent who worked hard to give me and Louise a good life.  My sister Louise has severe autism, she is non-verbal and at the age of eight had to be moved to residential care as her needs were so great.  Mum had no direct family network around her to help so it was really hard work, but she was always there for us with love, support and encouragement.  When I look at Louise it makes me aware of how lucky I am that I can communicate so freely as I know first hand that that isn’t the case for everybody.  I feel that I have a duty to use my ability to communicate for the good of others, as Louise doesn’t have that choice.  I think this is why communication and helping others runs through everything I do.”

After years of working in digital communications for a variety of global brands, Charlotte found out she was expecting her first child Robin.  When it came to go back to work, she was told that it would be impossible to have the career she had had previously and be a mother.  She continues: “I was told I wouldn’t be able to work flexible hours as they wanted me in the business full-time, emotionally and financially this made no sense.  My confidence was already knocked from becoming a mum as I think you lose a bit of yourself for a while so hearing this was a moment of despair.”

For some people this would have left them feeling lost, but Charlotte decided in that moment to take the skills she had gained over the years and set up Brand Remarkable, her business which works to help businesses with their strategic communication focuses on using social for good and does this through a range of engaging events, design and media.  Going self-employed meant that she could work with businesses she wanted to work with, ones that are value driven and spend time with her family.

This wasn’t without its challenges she says: “I was going to networking groups whilst leaving Robin with my mum and then having to rush back to breast feed.  At the baby groups people didn’t want to talk about work and at the networking groups people didn’t want to talk about the struggles of working with a baby.  I was stuck between a rock and a hard place.”

But, again in true Charlotte fashion she was determined to find a solution and after a Google search to find networking events where you could take children came up with zero results Charlotte decided to launch Nurture Network.  “I knew there must be other people out their like me who had a child and a business.  That wanted to meet other people in a similar situation but didn’t want to have to act like they didn’t have children or must try and sort out childcare to go to an event.  Ben was about to launch Little Green Frog and called me out of the blue to discuss Nurture.  Two weeks after Little Green Frog opened, I held my first Nurture event there, that was nearly three years ago, and it is going from strength to strength.”

Nurture Network’s focus will no longer be just on work, but on getting the whole family involved by providing a wide range of inspiring events that engage the whole family.   “We want to offer a safe space where the whole family can connect. It is a huge undertaking and we kicked off the process by doing a family survey as I think it is important that we get a picture of what family means in 2019.  Following this we will be working with the community to create the #fabricoflife art installation which will be showcased at the Lichfield Fuse Festival between 12th-14th of July.

“Nowadays family isn’t always mum, dad and 2.4 children it comes in many guises and we will be targeting all family set ups including extended family.  It is about helping families get the life they want.  The three core areas underpinning everything we do are health, which will focus on mind and body, these are often the first things that becoming neglected once children arrive.  People get so embroiled in looking after the family that they stop making time to look after themselves.  The second value is wealth.  This isn’t just about income although we will be helping and supporting people in that area as well, but it is also about time something that can be in short supply.  The final key area will be happiness with events focused on both giving back and play.  All events will be focused around one of these areas.”

Charlotte concludes “They say it takes a village to raise a child and I want Nurture to become that village.  When I think of the future of the Nurture community and what I want it to emulate and invoke I think about when me and my sister Louise were children.  Mum was raising us alone with no family nearby, my sisters autism meant that sometimes getting out the house or asking for help was difficult. If at a loss, my mom would put a teddy in the window, this would let neighbours and friends passing know help and support was needed.  I want Nurture to recreate this sense of community that my mum managed to find through friends and neighbours and I believe in a digital world this connection can be lost.  Parenting is wonderful and life changing but it can also be lonely.  If we can take away a little bit of that loneliness and provide a supportive non-judgemental community, I will be happy”.

Nurture Network will be launching a series of community partner events from September 2019.

Charlotte Shutt
11th July 2019
Search
Categories
Submit a Post
Click here to submit a post
Go to Top
DONATE NOW
We use cookies to ensure that we give you the best experience on our website. If you continue to use this site we will assume that you are happy with it.Ok